Soapberries found in tropical and sub-tropical areas of Nepal and have been used in South Asia for centuries as a soap and medicine. Research has taken place into the health benefits of ingesting Soapberries (saponins found in soapberries, and other plants, is suggested to be an anti-carcinogen). In fact some Native Nations in North America, as well as ayurvedic practitioners in Asia use them medicinally.

Soapberries contain saponin, which is a naturally forming chemical within all plant life. According to Wikipedia saponins are a ‘class of chemical compounds found in particular abundance in various plant species. More specifically, they are amphipathic glycosides grouped phenomenologically by the soap-like foam they produce when shaken in aqueous solutions.

According to Ayurvedic medicine, For thousands of years the fruit of this tree has been used for its powerful medicinal like properties, as well as numerous dermatological benefits including topical treatment of: eczema, psoriasis,rosacea, dandruff, and acne. Ayurvedic medicine, or ayurveda, is a comprehensive system of medical treatment based on a holistic approach rooted in Vedic culture and Hinduism that dates back more than 6,000 years.The essence of ayurveda is based on a heightened awareness, understanding, and knowledge of nature’s powerful healing and rejuvenating qualities. 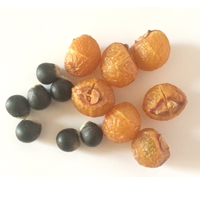 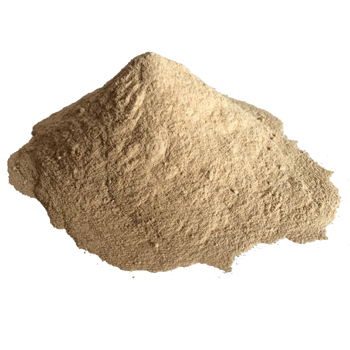